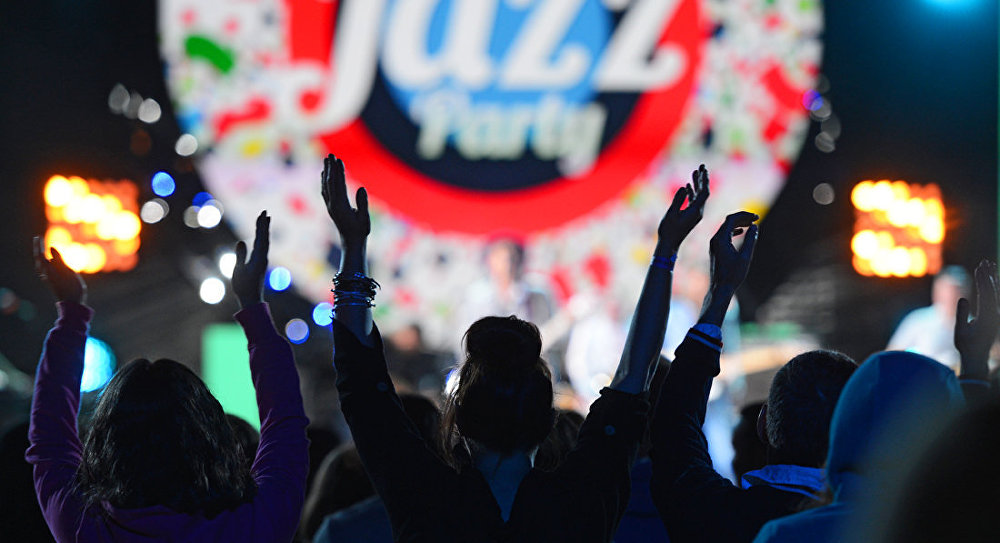 The Koktebel Jazz Party International Festival, which lasted three days, is over. Over 12,000 people visited the festival to listen to leading musicians from all over the world.

Musicians met with journalists and posed for photographs at the Koktebel Jazz Party press center, which opened on August 27. The media group included journalists from Brazil, the UK, India, Italy, The Netherlands, China and other countries.

The festival's main stage comprised 150 tons of metal structure, 30 tons of sound equipment and 15 tons of lighting equipment. It is one of Russia's best open air jazz venues.

Over a hundred jazz compositions were performed by the leading international musicians during the three festival days. Russia's best glider pilots took off from the legendary Klementyev Mountain to demonstrate their mastery over the festival's site.

The headliner of day-three was Igor Butman with his Big Band program featuring Larisa Dolina. The festival's third day was crowned with an online Koktebel Jam Session played by festival participants and leading jazz musicians in Tel Aviv.

The grand finale involved musicians from the UK, the US, Italy, Cuba, Russia and other countries.

This year, the Koktebel Jazz Party festival included an educational agenda. Lectures on the history of jazz and a few surprises were prepared for visitors at the Maximilian Voloshin Museum grounds stage.

Journalist and culture expert Pavel Surkov delivered lectures from his History of Jazz. "We talked about Russian, Soviet and foreign jazz, the history of jazz and cooperation between Russian and foreign musicians, jazz improvisation and the connection between jazz and other areas of culture," Surkov said. Other themes he touched on included jazz in films and the fusion of jazz and cultural music.

Dmitry Kiselev, the founder of the festival and Director General of Rossiya Segodnya, said that ticket sales revenue from the Koktebel Jazz Party 2015 festival would be used to assist a Koktebel school. Next year's revenue will be transferred to a physician associate center in Koktebel.

Thanks for being with us during these three unforgettable days!